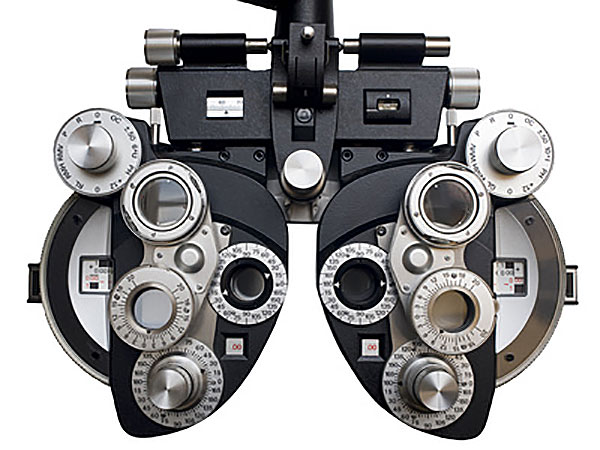 Myopia (nearsightedness) is a vision condition affecting nearly a third of people in the United States. A myopic eye focuses properly on nearby objects, but distant objects appear blurry. This imbalance typically occurs because the cornea either has an oblong shape or is excessively curved so only some of the light entering the eye focuses on the retina. The most common symptom is difficulty seeing objects in the distance such as a television screen. The condition usually develops before the age of 20.

Hyperopia (farsightedness) occurs when the cornea is too flat or irregularly shaped, causing nearby objects to appear blurry while objects in the distance are clear. Common signs of hyperopia include difficulty maintaining a clear focus on nearby objects and eyestrain or headache after close work.

Astigmatism occurs when the cornea is oblong rather than spherical in shape. This irregular curvature prevents light from focusing properly on the retina. As a result, objects that are close or at a distance may appear blurry or doubled. Astigmatism can cause headaches, eyestrain and fatigue to blurred or distorted vision. Most people have some degree of astigmatism, which often occurs in combination with myopia or hyperopia. Regular astigmatism is found in 30-40% of people who wear glasses.